My Husband Took Away My Scale!!!! 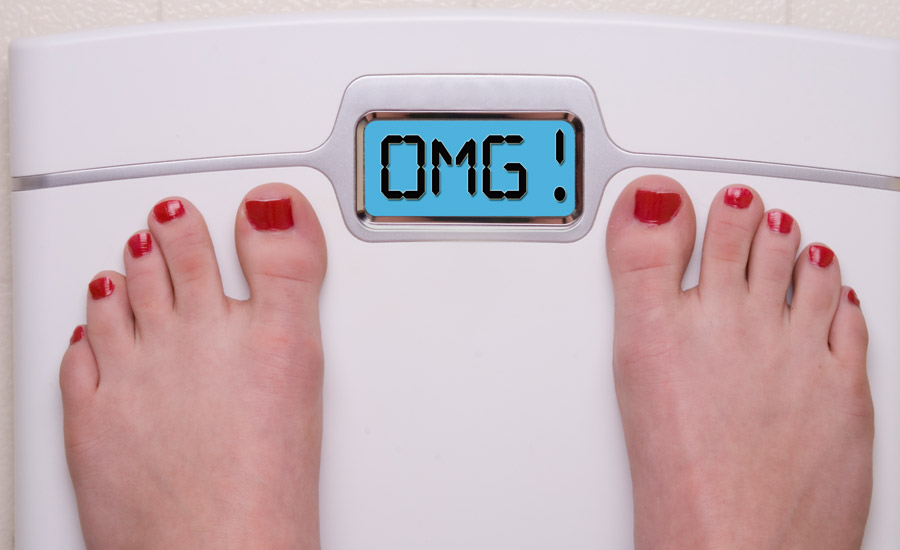 When I began this endeavour, I vowed to myself that I would share my health successes as well as my struggles. Since the beginning, I have experienced a personal struggle and have been writing and re-writing this blog post since. Only now that I am on the other side of my struggle, so I feel confident enough to share it with the world.

Although I am one to preach “as long as you feel better, the number on the scale doesn’t matter,”  for nearly the past 10 years I have had a scale obsession.

When I was in college while working at a gym, I gained about 8 pounds. I’m sure it had a lot to do with going out on the weekends and eating fast food regularly but whatever the reason, I was completely shocked (and depressed) when I realized how much I had gained. Ever since I got that weight off, I am constantly trying to ensure that it won’t creep back on again. So since my freshman year of college, I have had visits with the scale nearly every day.

Now fast forward → → → Jess and I started Crossfit. I was so over going to the gym and doing cardio every day. And unless I had a friend with me, I was definitely not going to lift any weights. I was just bored with my same six-year routine so my days at the gym lessened from a minimum of four days a week down to maybe two. I found every excuse in the world for why I didn’t go to the gym (too tired, hard day at work, had to be a good wife and cook and clean, etc.) but after I had eaten one too many cookies over the holidays, I decided that something had to give. Jess and I talked about it for several weeks, but we both knew that we were joining Crossfit soon after some upcoming travels and celebrations were over.

Soon, we started Crossfit, and it was love at first sight. I was so sore after our first (and second and third…) visit that I could barely walk up the stairs to my office. Little did I know that I would grow to love this feeling. After a few weeks, I was hooked- absolutely obsessed with Crossfit. The only problem was, that during my daily scale checks the number was not going down…. it was actually rising quite a bit. The first few weeks I blamed it on the fact that my muscles were extremely swollen and I was probably retaining fluid. But after a month and a half, there was no doubt that the larger number that kept popping up on the scale, was officially my new weight. Now visually, I could see my body making positive changes. I could finally see definition in my arms and legs and I could tell that everything was tightening by the day. Common sense told me that I was gaining muscle, but still it was just…. that number.

So then I did like any normal girl would do, cried my eyes out and told my husband I was quitting Crossfit because it was making me fat. As always, he laughed and then let me cry and cry as he told me I was both the funniest and craziest woman he had ever met.  He asked me not to give up just yet and I agreed. I woke up the next morning to venture into the bathroom for my scale visit and SHOCKER, it was gone. When I asked him where the scale was he just looked at me blankly like I was insane and said “I don’t know my baby.” Right then I knew, he hid it. For weeks when he wasn’t home I would search the house, but never found it. Outside of the house  I would aim to get on any scale I could find, until one day I realized that I was basically committing emotional suicide each time I found one.

Without that scale, I was feeling so much better about myself. I felt a true confidence in my body and when we took a vacation mid-march I was not near as concerned with my bathing suit appearance as I have been in the past. Not long after my realization, I found that scale. Instead of jumping on it as fast as possible, I put it back and told Jess that I found it so he needed to find a new hiding spot.

Now, before you click off of here thinking I am a lunatic, just know that my emotional feelings about my weight differs from my common sense. My education tells me that the weight gain is clearly muscle. And I am very aware that the workouts that I am doing are  intense, which is making me build muscle at a rapid pace. And nearly everyone knows that typical line “muscle weighs more than fat.” So in reality, it makes total sense that I would gain weight after going from an occasional cardio session to a solid week full of burpees, box jumps,ring dips, pull ups, and hang cleans. My obsession was all in the number and I just wouldn’t reason with myself to think that there was any other excuse except that I was getting fat.

As of today, I still don’t know where the scale is and I am happy about it! I would be lying if I said that I don’t know my weight, because I do. But the difference is that I am not checking it regularly enough to beat myself up about it. it isn’t an obsession anymore and I no longer let my scale visits define how I feel about my appearance. I have found a new obsession in Crossfit and pushing my body to it’s absolute limit. I am experiencing strength gains faster than I had ever imagined and each time I accomplish a strength goal, it feels fifty times better than losing a few pounds ever felt. I have never felt better about myself… yet I have NEVER weighed more than I do right now. How ironic?